An unveiling ceremony was held with the attendance of Professor INOUE Noriyuki (Vice-President in Charge of International Exchange), Professor OGATA Yasushi (Director of the Centre for Asian Studies), Professor HUANG Lin (Vice-Director of the Centre for Asian Studies), and Professor Xu Yiping (Director of Beijing Center for Japanese Studies, BFSU). In the ceremony, Professor INOUE expressed his gratitude for BFSU’s cooperation in opening this Base and also his intention to use the Base for disseminating information and providing opportunities for research and educational exchanges with Chinese universities.

With the opening of the new Base, Kobe University aims to further foster the expansion of exchanges in research and education between the two universities and the two countries at large. 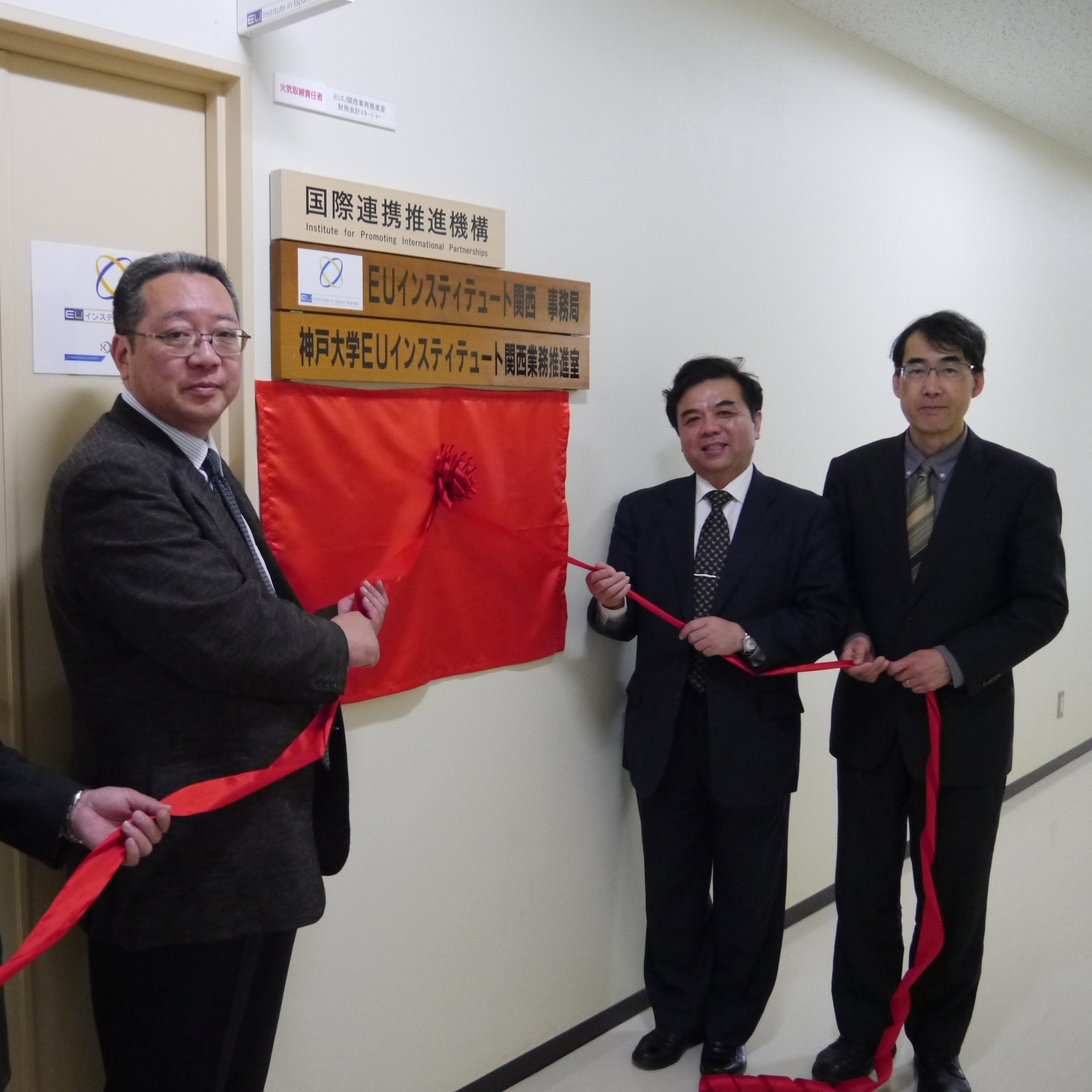