The lecture “Regional and social variations in Japanese language” was jointly held by Professor HYASHI Ryoko of Graduate School of Intercultural Studies, Kobe University, and Associate Professor LUO Miliang of the School of Japanese Studies, Dalian University of Foreign Languages. The professors introduced their respective universities and departments, followed by group presentations on the topic of dialects in Japan by the students from the Faculty of Global Human Sciences, Kobe University. Associate Professor Luo and participating students from overseas were visibly impressed by the second-year undergraduate students’ presentations based on an extensive survey and detailed analysis prepared within a short timeframe. After the two-hour lecture, a total of 40 students from both universities and general participants of the Summer Study Program were divided into groups of 6 people to exchange their views on the lecture, and ask each other questions about their studies, daily life, international programs at Kobe University and their personal research.

The lecture “Trend of heat transfer in refrigerating system” was jointly held by Professor ASANO Hitoshi from the Graduate School of Engineering, Kobe University, and Associate Professor WU Xi from the School of Energy and Power Engineering, Dalian University of Technology. As they are both senior and junior fellows in the field of refrigeration systems, Associate Professor WU had a special session introducing his own research theme in addition to being a moderator/commentator. Despite the highly technical contents of the lecture, no participants left the 90-minute session, creating an atmosphere of an international symposium.

After the program, we received noumerous feedback from the participants, such as “the program stirred my interest in Kobe University and I want to apply for the exchange program with Kobe next year” and “I became more interested in the education system in Japan”, while others requested that a dedicated SNS channel be opened so that they could interact with students of Kobe University. We would like to use these opinions and requests to improve the program in the future.

Although the pandemic has made it difficult to organize international education and exchange programs as in the past, options in the “new normal” era have been expanding, as seen in the new format of the program where joint lectures are held regardless of time and venue. We will continue to actively seek out and implement initiatives required during and after coexisting with COVID-19. 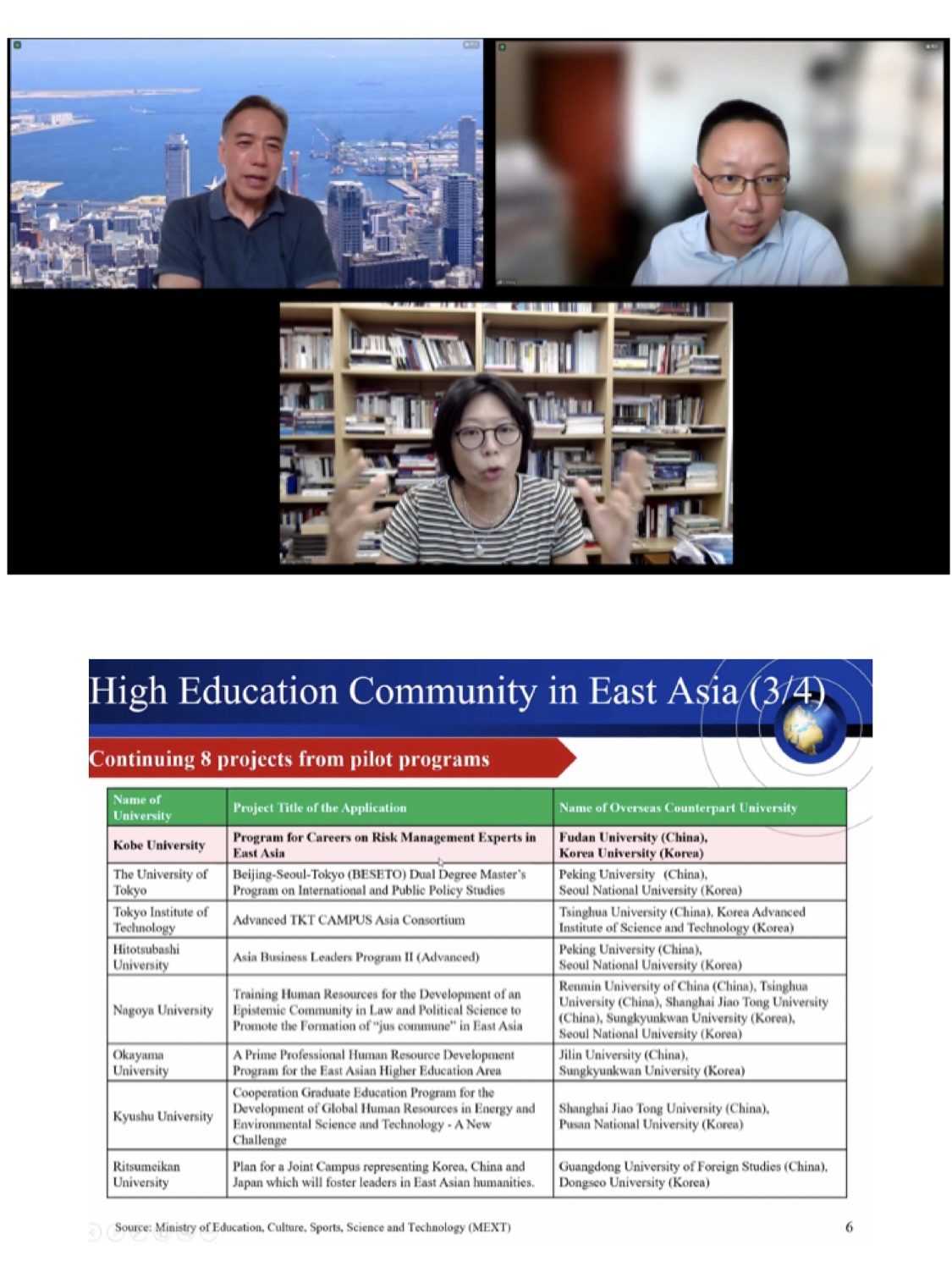